Tree Pruning an Art or Necessity 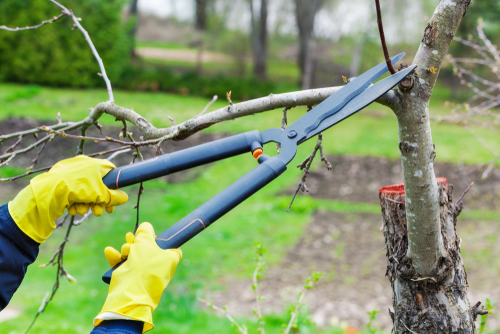 Tree Pruning an Art or Necessity

Pruning is an important part of the whole landscaping experience that you are bound to get when you contact a landscaper such as the guys working at A1 Tree Pros, in order to complete the work that you are willing to get in order to improve the whole area such as the garden that needs those hedges to be perfectly cut or that tree that is causing issues for the neighbours and the people living near and dear you.

Now let us first discuss what pruning basically is and why is it important to get your shrubs and trees pruned in order to get better results for the overall feel of the garden or the lawn that has the tree that needs to be pruned. Pruning has been happening since centuries and is quite an important part of gardening because without properly cutting and getting rid of the unnecessary stuff that is associated with it. Plus it’s also important to get it shaped well in an artistic way so that it gives a pretty image.

We see that pruning basically started from the horticultural and then the silvi cultural practices, that means to get rid of the unwanted and unneeded objects associated with the plant and tree. It involved the removal of certain objects associated with the plant as we have discussed above but also it involves removing of branches from the tree, here we will specifically talk about in regard to the tree. So the weeds, the branches, the diseased limbs, the buds and then the roots, not to mention other parts such as the roots which is another concept that we will like to touch which includes Stump grinding services. 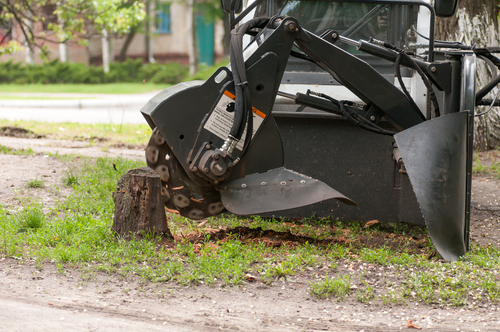 So now you must be thinking why do people get this done, we have talked about with the regard to beauty that its done as an art, to show artistic flaw, to show how beauty can be shown through art form by cutting specific patterns according to the relevant themes of that plant and so that is art but why is it important for the plant is something that we need to dig into and think about in a more broader vision.

The basic reasons to prune the plants include removal of the deadwood that is associated with that plant that has a diseases or somehow is causing that plant to lose its structure, the zest that it poses and the actual natural elements of it like the formation of that tree per se. By removing the deadwood which includes the concept of shaping and controlling of trees that are being pruned, this is done by redirecting their growth. Improving the health of the tree by removing all these objects is must so if you do both what I mean to say you remove the dead wood and do it in a nice way so you get the style and finesse and the necessity and need is also done so it’s a win-win situation.

It is always better to remove the branches that may fall otherwise if not removed in time, if they have a disease in them they may become weak and fall on property, may cause havoc on the neighbours by damaging their property, which may include assets such as a vehicle, or other parts of the premises.

Plant trimming services are becoming quite normal now, that means more and more people are becoming aware of the importance of why they need to consult a landscaper and get the work done in order to create a better overall atmosphere with a good environment for the wildlife and the eco system as a whole again coming to the concept that we talked about looking at things from a futuristic or a holistic view. So Tree pruning  Services providers should be consulted for more future work while thinking about trimming trees and plants.

More and more people are of the opinion that trees should be pruned as they have to fix the structural problem with the tree but they don’t realise that is true why not just cut the parts of the tree that don’t look good that in a way is decreasing the value of the overall garden and this is why it is always handy to consult a tree expert.

A gardener but the best is to consult a landscaper who not only has the expertise to work on things from a gardening perspective but from few different ones which also includes an architectural perspective that deals with the structure and the theme of the overall area. Experts tend to say that the right time to prune is also important because we are not talking about shrubs right now that is a totally different topic all together so we cannot talk about that pruning aspect.

Here we will talk about tree pruning that includes pruning tree when it is not in its younger element that means that it is not a young plant that doesn’t even have the power to withstand a pruning procedure yet. It has to be pruned after it has the necessary structure form and strength to withstand the soil weakness. If done wrongly it will hamper the beauty of the tree and the structure which gives the overall feel and power for the tree to be able to with stand weight of others on top of it such as storms. Why not consult different landscapers for tree plantation services and get pruning done when the right time comes.

Limbs should be removed which have weakness and are diseased struck, they involve dead wood as said above, weaker parts, so that this disease doesn’t spread all over the tree. Any tree pruning can be contacted for this procedure and so a company located in the Fredrick tree services can be contacted, so that pruning can be taken care of, before nature destroys plans that you have of your area. It is better to get pruning done in the middle years of the tree but regularly so that the health of the tree improves rather than it spreads out and then grows in an irregular manner.